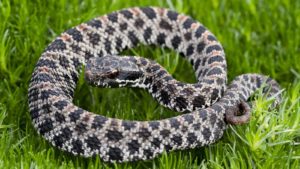 These days, many of us are more likely to think of wild animals with a source of human illness rather than cure.

But like plants, which have been part of our medicine cabinets ever since the Neanderthals used poplar tree bark as a painkiller, animals have long been exploited for their medicinal properties.

For example, Traditional Chinese Medicine (TCM) uses ingredients from 36 animal species including rhinos, black bears, tigers and seahorses – many of which are endangered. Ayurvedic medicine recommends snake venom to treat arthritis, while tarantula bites and ground-up fangs have traditionally been used in South America, Asia and Africa to cure a variety of ailments, from cancerous tumours to toothaches and asthma.

The vast majority of these traditional remedies are not backed up by any scientific evidence – and the pursuit of animal parts has already contributed to several extinctions, including the western black rhino and northern white rhino.

But there might be a way to use wildlife responsibly, and that’s by studying their chemical ingredients at a molecular level. Thanks to modern technologies, no animal ingredients are required at any stage – just a DNA sequence.

II – Have Your Say
1. Do you prefer traditional (Chinese) medicine or alternative treatments over western/modern medicine? What kind of medicines or treatment have you used?
2. Have you ever tried any unusual / unconventional therapies for the sake of overcoming pain and other ailments? (e.g. bee sting; hypnotherapy, water therapy cold or hot)
3. Researchers believe nature can provide us both with cures as well as scourges – we just need to understand them better. Here are some studies conducted:
a. Animal venom for brain stroke
b. Scorpion venom for cancer
c. Peptides from animal venom for chronic pain

737 The life-saving medicines inspired by animals

For those of us who are deskbound at work, we spend at least eight hours each day planted firmly in our office chair...

306 Clean Cookstoves Get a Global Boost

Indoor air pollution, a health problem that's bigger than HIV, tuberculosis or malaria, is getting a $413 million ...

777 Is Hiroshima the true home of Okonomiyaki?

Okonomiyaki is popular all over Japan, particularly in the Kansai region, which includes Osaka, Kyoto and Kobe, and ...

Desperate to overcome Japan's growing shortage of labor, mid-sized companies are planning to buy robots and other eq...

554 Will this be the happiest place in the world?

Can the state engineer a happy country? The United Arab Emirates thinks so. Last week, the country’s government a...

Despite Japan’s relative safety, abundance of delicious food, fascinating culture, and friendly people, the country ...
736 What Travel Could Look Like After Coronavirus
738 The science of gossip (and why everyone does it)
Home
Speech Materals