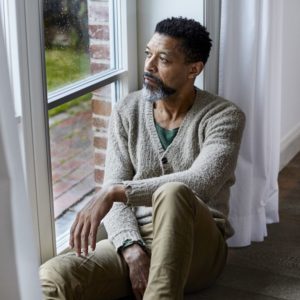 It could be something totally mundane—and treatable!

You open your microwave and discover a cup of coffee you reheated—yesterday. Names escape you. And where—for the 1,000th time—did you leave those dang AirPods? It’s normal to be forgetful every once in a while, but if you find yourself battling multiple brain farts daily, it may be time to dig deeper to uncover the cause. Don’t panic: Chronic forgetfulness doesn’t always mean Alzheimer’s disease. In fact, there are a whole host of reasons your memory might be stalling.

Find out if one of these could be causing your brain drain.
1, You’re taking medicine that has memory side effects.
2, You’re struggling with depression.
3, You’re drinking too much.
4, Your tension level is through the roof.
5, You have a chronic or undiagnosed health issue.
6, You’re just plain exhausted.
7, You’re just getting older.

II – Have Your Say
1, How forgetful are you now and what do you think makes you forgetful? Are you worried about it?
2, Did you know? Doorways can erase memory. “Entering or exiting through a doorway serves as an ‘event boundary’ in the mind, which separates episodes of activity and files them away,” Do you know some facts or beliefs popularly known in your country related to memory?
3, How do you keep your brain sharp? Here are some brains boosters to keep us from memory loss:
a, Physical exercise: 30 minute daily walk
b, Healthy diet: Meditteranean diet
c, Engage your brain: Brain training apps; play cards, join a book club
d, Stay social: Play cards, join book club
e, Sleep right: Regular bedtime routine
f, Stop stress: Meditation; yoga; massage
g, Memory tricks: Post its; phone reminder; saying (something) aloud

If you're feeling a bit sluggish today, just two minutes of exercise could give your brain a boost, a new study show...

Thanks to Google, you can enjoy a 360-degree visit to this and other historic and natural landmarks. In the f...

312 The potential risks of free Wi-Fi

If cookies, chips, and other high-calorie snacks take longer to fall from the vending machine, you may be enticed to...

At the end of June, the “Consumer Protection Working Group,” composed of various influential figures who serve as a...
746 The rise of Japan’s ‘super solo’ culture
748 Copy of Spanish Baroque painting botched by amateur restoration
Home
Speech Materals