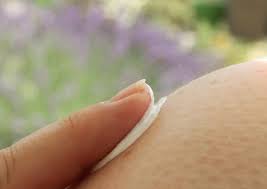 Tragedy has fallen unto a woman from Northern California after using a skin-care cream that she reportedly ordered from Mexico, since it resulted to her entering a semi-comatose state after it has been confirmed that a dangerous ingredient is present in a cream.

Per the Sacramento County Public Health, the skin-care cream apparently had a poisonous form of mercury called methyl mercury, which could cause extensive damage in the brain and nervous system. The women reportedly succumbed to it and fell ill sometime in early June.

According to experts, this particular case is the first-ever of its kind to be reported in the U.S., and so people are discouraged from using similar creams that are bought from the same sources since the same thing might happen to them.

I – Word Understanding
Nervous system – The system in the body that controls internal functions of the body and receives, interprets, and responds to stimuli. The nervous system is made up of the brain, the spinal cord, the nerves, and the sense organs, such as the eye and ear.
Succumbed – be put down due to a very strong pressure (in this came, became very sick / in coma due to poisoning)

II – Have Your Say
1. Did you know? Ninety percent of fine lines are caused by sun exposure, which makes sunscreen the ultimate ingredient for younger-looking skin. What is your skin care routine?
2. In a similar case, Japanese cosmetics company Kanebo, sold defective whitening products to almost 20,000 women between 2008 and 2013. What are your concerns when it comes to skin or cosmetics products? How do ensure you are buying the safe ones?
3. Skin-whitening or skin-lightening products are popular in many Asian countries. Fair or light skin is considered an important part of being beautiful. How do you feel about skin color and how do you take care of your skin?

In fewer than four years, employers will seek employees with very different skill sets than they do today. In fac...

426 China: North Korea will ‘pay a price’ for its recent behavior

China's foreign ministry on Monday urged the United States and North Korea to sit down with each other face-to-face ...

A Spanish government agency poll shows the popularity of the Spanish monarchy has plunged to an unprecedentedly low...

380 Businesses to be obliged to check employees’ mental health

Businesses will be obliged starting December this year to offer their employees an annual test to check their men...

LONDON - If you punch a punk in Manchester, it could be a hate crime. Police in the English city announced Wedne...

395 Brain Scans Reveal Why Eye Contact Is Necessary For Socialization: Look Into My Eyes

Gazing into the eyes of a loved one, friend, or complete stranger is a natural instinct, and one brain scans can n...
684 Japan’s problem with noise pollution
686 Why You Really Shouldn’t Kill the Spiders in Your Home, According to an Entomologist
Home
Speech Materals