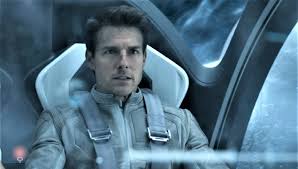 As per the latest update, it seems like Hollywood A-list celebrity Tom Cruise, SpaceX and NASA are reportedly working alongside each other to shoot what would be the first film shot in outer space, where Cruise himself would be one of the actors. It sounds silly and otherwise out-of-this-world, but yes, our quarantine-addled brain definitely read that statement above right.

Seeing what he’s done with his films, Tom Cruise shooting for space makes sense as the next logical step, or frontier. This is because Cruise himself is not only known for his action movies, but for his penchant in doing his own stunts in them, no matter how dangerous they are (he’s also famous for running around a lot in his films, but that’s another, sillier story). As a matter of fact, he even once fired an insurance team so he could run around the side of the Burj Khalifa, which is easily the tallest building in the world, and that’s when he’s not busy chasing airplanes or hanging from helicopters.

As such, shooting the first narrative feature in space does seem like something Cruise would do. Exactly how the movie will be shot is unclear, however, and whether he’ll

II – Have Your Say
1. Are you a fan of Tom Cruise? Is he famous in your country? What do you know about him or his movies?
2. Should Tom Cruise become an astronaut first before shooting a movie in space? Do you think it is possible to shoot this movie in space?
3. What do you think about the lives of astronauts working in space?
4. In May 2020, Japan launched its new space defense unit to monitor and counter threats to the country’s satellites. What do you think are these threats? Is it worth it to spend billions of dollars to explore space?

Dubai's government will pay residents in gold for losing those extra pounds as part of a government campaign to fig...

Japan and Australia have signed a trade accord that is expected to reduce prices for imported Aussie beef and wine a...

359 Is The Reign Of Fast Food Over? McDonald’s Sales Drop As Consumers Turn To Healthier Alternatives

Adult and childhood obesity rates are at a high, and we don’t seem to be slowing down when it comes to big portions ...

The organization forecasts that by 2050, we’ll need 50% more food to feed the world’s population.Between now and 205...

A government panel on Wednesday proposed establishing a system of “regular pharmacists” to manage in an integr...

695 Foods That Give You A Bad Mood

Food can affect our moods. Having your favorite meal can make you the happiest person on the planet, but failing to ...
741 Meet Hamako Mori, The World’s Oldest Gaming YouTuber
743 How face masks affect our communication
Home
Speech Materals