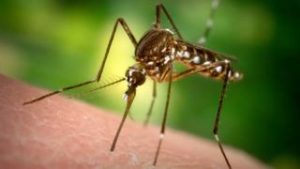 The aim is to reduce the number of mosquitoes that carry diseases like dengue or the Zika virus.

The green-lighting of a pilot project after years of debate drew a swift outcry from environmental groups, who warned of unintended consequences.

One group condemned the plan as a public “Jurassic Park experiment”.

Activists warn of possible damage to ecosystems, and the potential creation of hybrid, insecticide-resistant mosquitoes.

But the company involved says there will be no adverse risk to humans or the environment, and points to a slate of government-backed studies.

II – Have Your Say
1, Watch out for those mosquitoes! What do you know about diseases caused by mosquitoes (zika, dengue, malaria, yellow fever)? What are you most worried about when it comes to mosquitoes?
2, Mosquitoes are considered one of the deadliest insects. Is it right to try to extinguish these insects? Do you think it will have an impact on our ecological system? Are genetically modified mosquitoes the answer to this problem?
3, If scientists can make GM mosquitoes, that means they can genetically modify other insects/ animals as well. What do you think is the effect if we have more GM animals and plants around?

Peppermint tea may be more useful than just a refreshing way to help break up a hectic day; a new study suggests i...

590 Where you live affects your personality, study says

When people move across state lines, they usually think about what their new place will be like, their new neighbors...

404 Is the noise of modern life making you ill? Ultrasound in public places could be triggering sickness, headaches and pain

Scientists say that a boom in public announcement systems, loudspeakers and automatic doors may be spawning an epide...

Three to four million people could be infected with Zika virus in the Americas this year, the World Health Org...

664 How repair can inspire creativity and help save the world

We all know there's far too much waste in the world. Every year, we create 2 billion tons of waste, and 99% of th...

The University of Cambridge is on the cusp of hiring a Lego professor. The 800-year-old British university rece...
758 Why Do We Eat Birthday Cake?
760 Japan finally announced a fee for plastic bags. Will that stop its obsession with plastic?
Home
Speech Materals