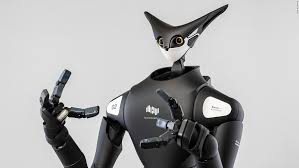 Japan has the oldest population in the world, and that’s causing an acute labor shortage. With almost a third of the population aged 65 and above, finding workers can be a challenge.

Increasingly, companies are turning to technology as a solution — including two of the biggest convenience store franchises in Japan, FamilyMart and Lawson.

This week, Lawson deployed its first robot in a convenience store, in Tokyo. FamilyMart trialled the same robots last month, and says it plans to have them working in 20 of its stores by 2022.

Both chains are deploying a robot named Model-T, developed by Japanese startup Telexistence. Seven feet tall when extended to its full height, the robot moves around on a wheeled platform and is kitted out with cameras, microphones and sensors. Using the three “fingers” on each of its two hands it can stock shelves with products such as bottled drinks, cans and rice bowls.

351 The Web is getting slower

It's not you. Web pages really are loading slower. The average site is now 2.1 MB in size -- two times larger t...

416 Putin advisor warns Moscow may hit Google, Apple and Facebook with a ‘technology tax’ to level the playing field for Russian companies

Silicon Valley internet giants Google, Apple and Facebook may be hit by a significant Russian tax bill as the countr...

UK scientists have been given the go-ahead by the fertility regulator to genetically modify human embryos. It...

584 Why These 5 Ancient Eats Are New Superfoods

When it comes to health food, everything old is new again. And experts say that can be a good thing: "What is long f...

Each year, Americans’ most popular New Year’s resolutions are more or less the same: get healthy, get organized, sav...

We read a lot about this or that morning ritual that will make you productive. But what about one that makes you...
766 Drive-ins: A new way to watch live performances
768 Meaningful Questions to Ask People Right Now That Go Deeper Than “How Are You?”
Home
Speech Materals